Daikaku-ji is one of the very old temples among many in Kyoto. The origin of the temple was Emperor Saga’s Imperial Villa (Saga Rikyu-in) established on this site in the early Heian period, about 1,200 years ago. Emperor Saga, whose father was Emperor Kanmu who transferred the capital to Heiankyo, virtually accomplished the Heiankyo capital and established the basis of the Heian culture because of his great interest in culture and the arts. The official name of the temple is Kyu Saga Gosho Daikaku-ji Monzeki (the Old Saga Imperial Palace Daikaku-ji Temple), which belongs to the Shingon Buddhism sect founded by Kobo-Daishi Kukai. The head priests of the distinguished monzeki temple were from the imperial family. Successive emperors and persons of imperial linage assumed the position of chief priest, and the first among them was Prince Gojaku, the grandson of Emperor Saga. The chief priest of Daikaku-ji is called “Monzeki-san”. 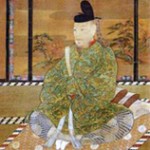 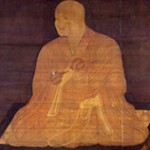